Ziyen Energy wins first US oil contract worth over $36 million

Ziyen Energy, a division of Ziyen Inc, has just secured over $36 million dollars of oil reserves in Indiana, United States. The deal includes 7 existing oil producing wells worth over $6 million dollars of proven reserves along with a support water Injection well and a water producing well for injection purposes with a further potential for 20 new oil producers on undeveloped reserves on the site worth over $30 million. 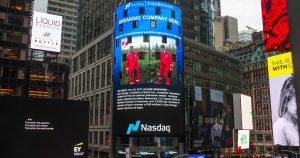 “In the 1970s and 1980s, Scotland invited the US to come over and teach us about the oil industry, how to develop marginal fields in the North Sea. Over the past 30 years the technology we have developed in Scotland for deep water drilling is now the leading in the world, and we are bringing that technology back to the US in order to make expensive or redundant oil fields very profitable again.”

“We are a Scottish-American Energy company who are focused on pushing energy prices down and not up.

For a long time the US has been dependent on cheap foreign oil however, with the increase in renewables and by utilising the latest technology developed in Scotland, we at Ziyen Energy believe the US will be 100% self-sufficient within the next 5 years.

When I brought Shane Fraser on board to run the new Energy Division of the company I was expecting great things, but didn’t expect a $36 million contract on the books in the first few months, and our goal is to grow the assets of our company to over $500 million in the next 18 months.”