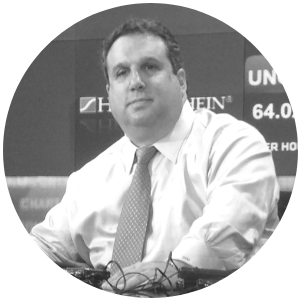 David Greenberg is currently Chairman of Greenberg Capital, LLC. He previously served three terms on the New York Mercantile Exchange (NYMEX) Board as well as the Executive Board, where he helped oversee a growth in valuation from $800 million to $12 billion and one of the most successful initial public offerings (IPO’s) in U.S. history.

He was also President of Sterling Commodities Corporation, one of the largest local commodity clearinghouses. During his tenure with NYMEX, Mr. Greenberg was involved in the development and widespread adoption of the very first electronic trading platform to emerge in the commodity trading industry.